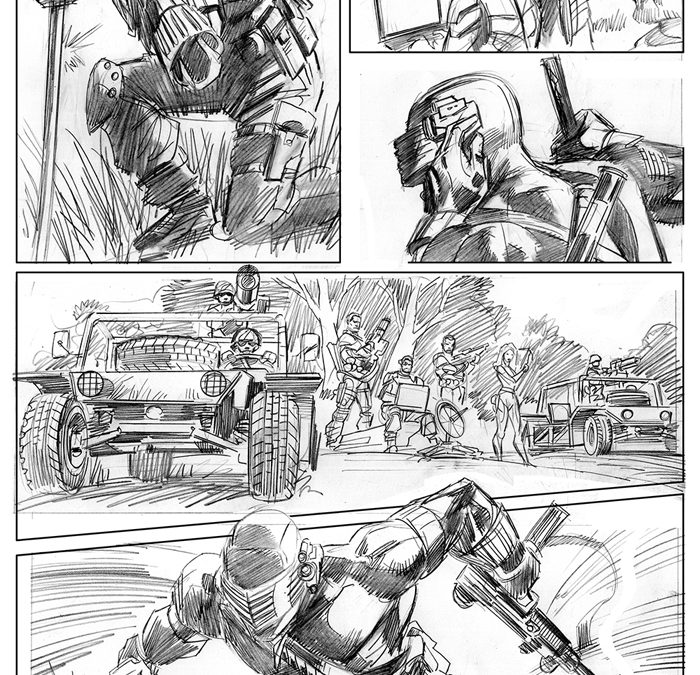 Pencil page from a GI Joe strip I drew for Panini. Snakeyes was one of the first characters I drew for Marvel UK in their Action Force comic, so I was pleased to get the chance to draw him again. Script by Fabulous Ferg Handley. 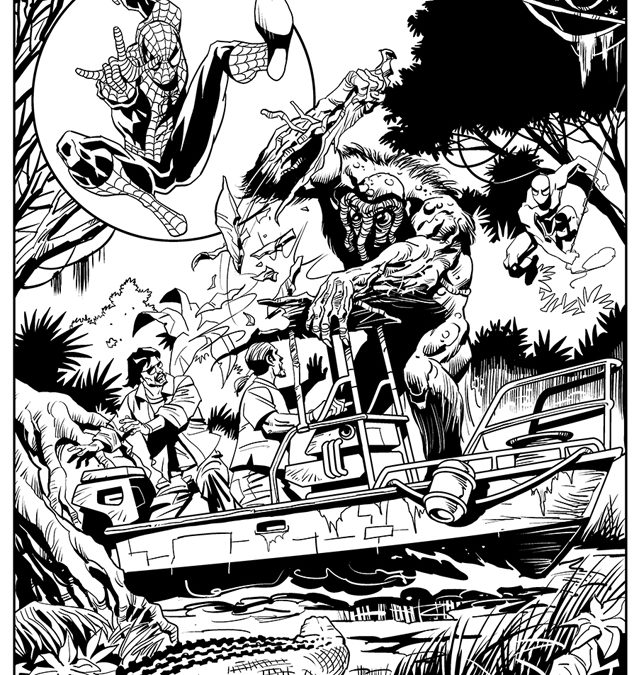 Splash panel for a Spiderman story I did for Eaglemoss. Spidey meets Man-Thing down in the Florida Everglades. And why not. Script by Gregarious Glenn Dakin.

I was asked to do this try-out for an Angry Birds book by my agent. I didn’t get the gig, but still rather like this two panel gag. 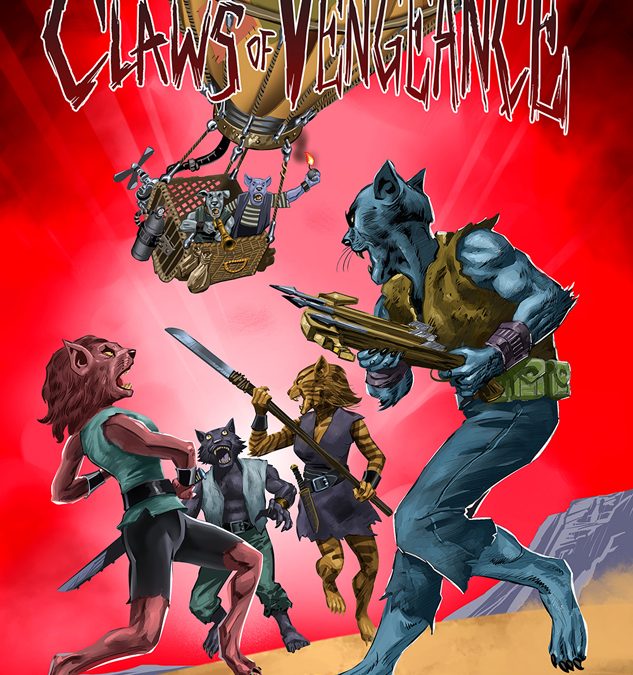 Cover for the third in a trilogy of books by my old studio pal Chris Trengove. You can find out more about Chris here: http://www.christrengove.com
Next Entries »